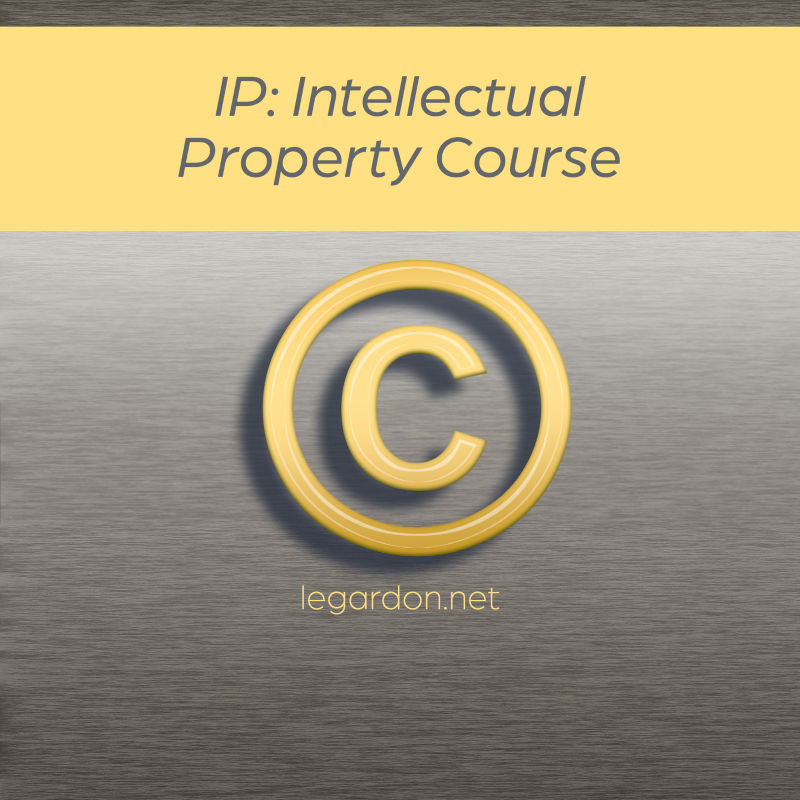 Intellectual Property, or IP, is a subject that affects all creative people. As a singer-songwriter, I compose songs (melody and lyrics). Using my Ableton DAW, I do enough production to be something of an arranger. A number of self-penned and self-published works is available in formats like Soundcloud, Youtube and Instagram. So, I wonder:

If I have published something online, is it mine or do I lose the right to it once it is in the public domain?

The answer may lie in the course I am currently following: “Curso de propiedad intelectual en el sector musical (nivel básico)” [Intellectual Property Course in the Music Sector (Basic Level)]. This four-module course is offered by Ainara LeGardon via her web site https://legardon.net/

LeGardon is a Spanish musician from the “Basque Country”, a mountainous coastal region of Northern Spain. She became specialised in IP out of necessity. Like many independent artists, LeGardon became increasingly wary of publishing and record deals, and so began self-publishing her art in 2003. Here she is in action:

LeGardon announced the course on her Twitter account. So, I immediately emailed to reserve a place and was fortunate to secure one as places were initially reserved for members of the musical collective Musika Bulegoa whose aim is to support artists working in the Basque language, Euskadi.

I jumped right into the first module today. The content is interesting, and simple enough.

First and foremost: the UX is excellent. A layout that is simple and clean, with legible black text on a white background is always a treat for tired eyes. Infographics are provided for each section of the module. A well-recorded and equalised spoken soundtrack in which LeGardon expands on the subjects covered accompanies the written text. Finally, the entire course is available to download as a PDF. Well done – kudos!

The takeaway from today’s material:

Artists’ Rights (Derechos de Autor), as they are known in Europe, are fundamentally different from Copyright, the format used in most Anglo-Saxon countries, including my native Canada. Artists’ Rights include “Moral Rights” to a work, something that copyright does not.

LeGardon says that using the copyright sign “seals” a creator’s enactment of their rights. But, also, not using it DOES NOT imply that they are relinquishing their rights. So, basically, if you created it, it’s yours.

IP is not about ideas. Rather, it is about realised works. Having said that, a playwright does not have to stage a play. A manuscript and guide suffice. A musician does not have to score a work, a simple demo recording is enough.

A number of useful links were provided. One of the most interesting is “WIPO-PROOF” which defines itself as “an online service that rapidly produces tamper-proof evidence which you can use to prove that your digital file existed at a specific point in time.” As I delve into UX, I think that it is useful for me to keep IP front and centre. All creatives are eventually faced with the same sad truth. That is, our work requires investment, time and original ideas, but it is far too easy to mis-appropriate. I will never forget the time I shared an advertisement for a Yoga Festival in Alicante only to have my friend Suki Zöe, who lives in Bali, exclaim “that’s my photo“!

As the course lasts a maximum of four weeks, I will get through it at a sprightly pace and keep you posted. Meanwhile, ask yourself if you would register your IP, or perhaps better to ask “should I”?